We celebrate, value and support uniqueness in all

We are motivated to do our best in mind, body and spirit

We treat each other with kindness

Here you will find some photos and information about some of the fun activities which have been taking part in during Term 1.

Designing our own NHS heros 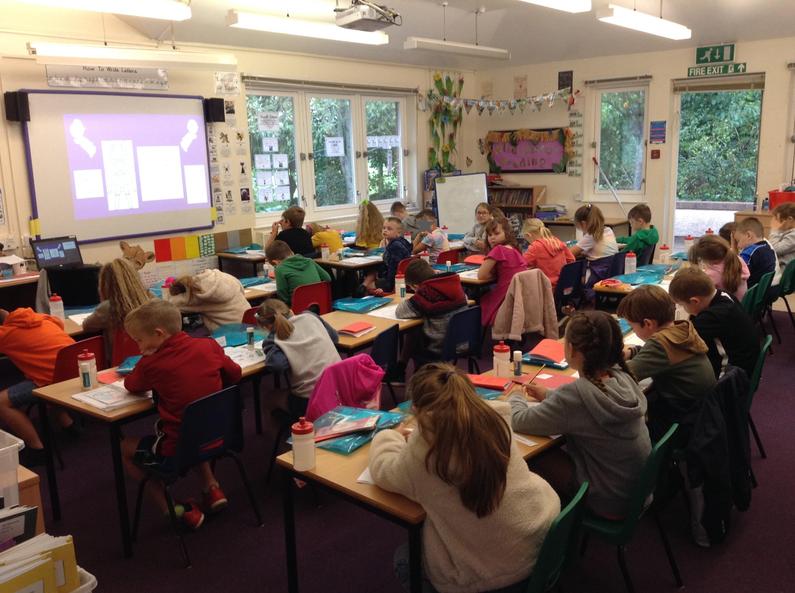 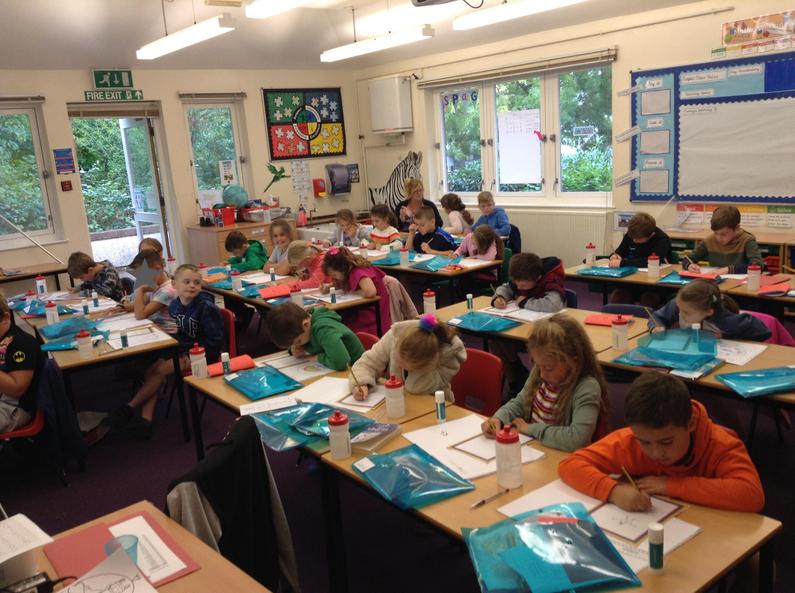 On Monday 7th September, we took part in a Big Bang to launch our topic: Come and Celebrate! We wore rainbow colours to celebrate the NHS and we certainly looked very colourful.

We took part in four activities which developed our understanding of why the NHS is important and how it started; some famous scientists and nurses and their contributions; the amazing work of some Covid Heros and their fundraising efforts; and a look at why the rainbow became such an important symbol during the pandemic.

We had a great day, learnt lots and are ready to celebrate some more as the term progresses.

In class, we have been reading 'Egyptian Cinderella'. We created our own story planning mountain and went outside to freeze frame each section of the story. We used the photographs to help us to retell the story back in class. Have a look at the photographs and use them to retell the story at home to your family. Think carefully about the order and use these headings to help you.

You will have an opportunity in class to write your own version of the story so this activity will support you to structure your own writing. Have fun!

In Science this week we carried out an investigation to find out the weight of carbon dioxide. We weighed different types of fizzy drinks to measure the difference between what they weighed when first opened compared to when they had gone flat. We found out that Coca Cola was the fizziest drink as it lost the most amount of carbon dioxide as it became flat.

From now on we are taking part in the WOW Living Streets Active Travel Campaign. Each morning we will record how we travelled to school and three or more activity travels in a week will help us work towards a monthly badge. How many badges will you earn? 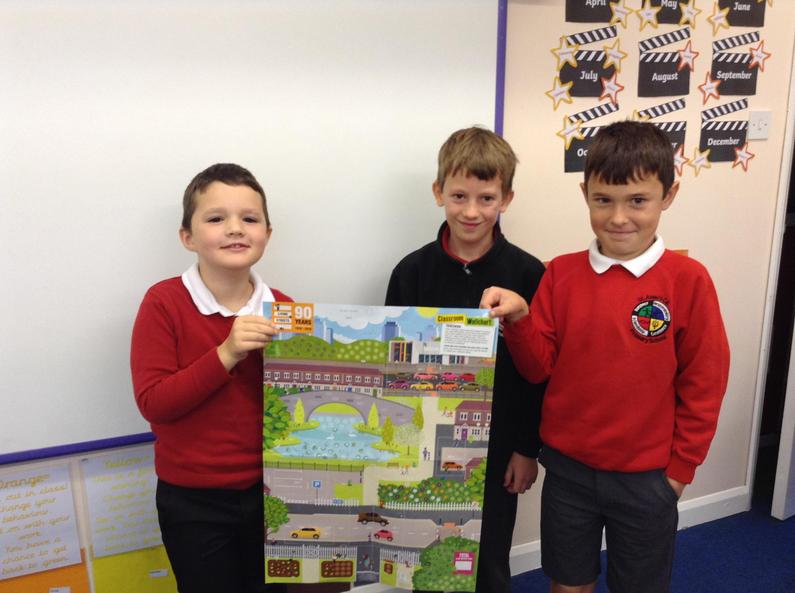 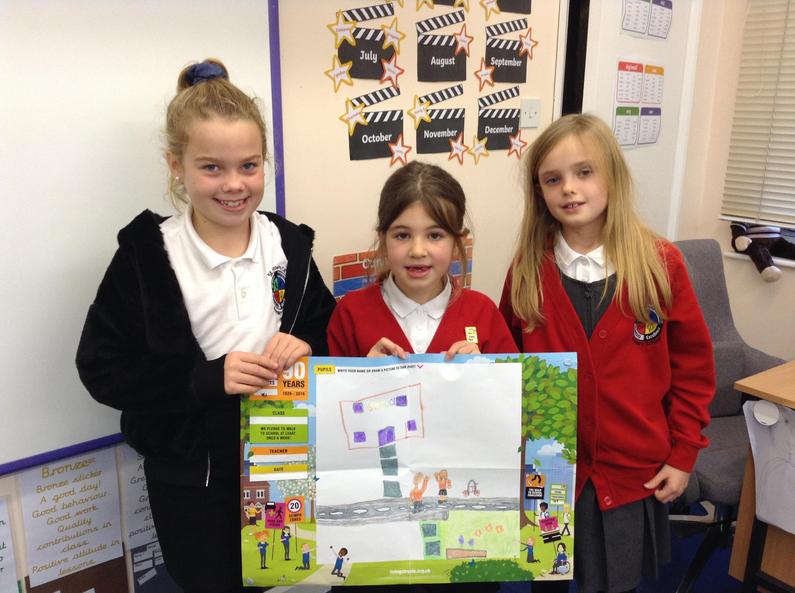 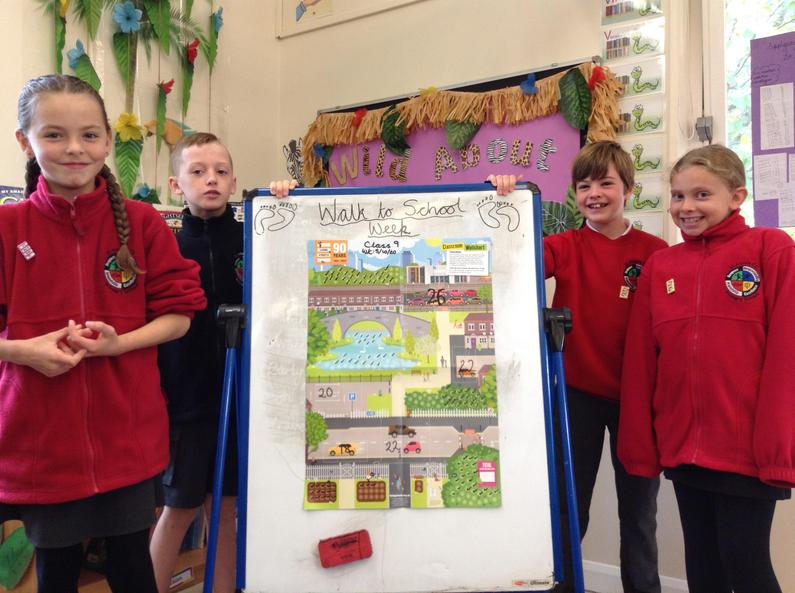 In class we celebrated ‘World Maths Day’ and completed lots of fun activities throughout the day linked to the history of the number system. The children learnt to count to five in Japanese by using some simple actions to remind them of each number. We were all able to count forwards and backwards! In Year 4, the children focused on the Greek number system and began exploring Roman Numerals. We took part in an online assembly and workshop joining over 150 other classes from schools in South Gloucestershire.

The children also had the opportunity to compete in a competition. The children were asked to design a flag following some set criteria.